Kevin Guilfoile, author of The Thousand and Cast of Shadows.

I've been a Kevin Guilfoile fan since his first novel, Cast of Shadows, was published. When he agreed to be a guest in Madame Perry's Salon to talk about his newest book, The Thousand, I knew I'd want one of my more sophisticated and intellectual pals to sit in the co-interviewer seat. So I am pleased to also introduce my friend Ann Guilfoile.

Madame Perry: The Thousand has an intricate web of plots and motivations. A couple of characters we can imagine from real life folks like Johnnie Cochran or Phil Spector. Yet many are original in their personal quirks, burdens and needs. How do you draw or create these characters?

Kevin Guilfoile: Inventing the characters is the fun part, although I'd be hard pressed to explain how you do it. They start as imaginary playmates of some sort. Then you drop them into a situation and figure out how they would react and that's how your plot unfolds. Of course you don't really get to know them until you start writing them, and so frequently you realize that you expected a character to do something that, now that you know her better, she wouldn't do. So you have her do B instead of A and then you figure out how that will change everything that happens after that. That's the way that your characters often lead you to a place that you didn't expect.
People who were familiar with the Chicago music scene in the 90s will recognize that the character of Burning Patrick is based loosely on a real person named Wesley Willis. Like Patrick, Wesley was homeless, selling his sketches of El Tracks on the street until he was basically adopted by a rock band, who helped shelter him. They also formed a band around him and fulfilled Wesley's dream of being a rock star.

Ann Guilfoile: How come there are so many characters unlike your sister in your books?

KG: Are you kidding? My books are filled with liars and sociopaths.

MP: In your novel Cast Of Shadows, one character was driven by a religious group. This is a kind of group and person we see occasionally see in the news. However, in The Thousand there is a group of people with a very discreet and cult-like devotion to philosopher mathematician Pythgoras. Where did the idea for this come about?

KG: I was working on the first draft of the novel, and it had many of the same elements of the final one--a young woman with special mental gifts, and the intersection of art and science and math and religion--but something about it wasn't quite working. One night I had dinner with a friend named Tom Morris, who had been a philosophy professor of mine in college. I was spelling out the trouble I was having and he put down his fork and said, "You need to go home and read everything you can find about Pythagoras." Once I did that, the story really began to fall together.

﻿
﻿ Pythagoras was one of the most influential individuals in history--his teachings were the foundation of modern science, music, math, astronomy, and religion--but most people know nothing about him beyond the Pythagorean Theorem, which he didn't have anything to do with. Plus he was an insane and reclusive cult leader on top of it, who thought his friends were reincarnated as dogs and that it was a sin to eat beans. I couldn't not write about him after that.

AG: On a scale of 9 to 10 how would you rate the influence of your sister in your life?

KG: My sister took me to see Star Wars when I was nine years old. Without a doubt one of the most influential experiences of my life. She also taught me how to ride a bike and introduced me to the music of Boz Scaggs.

MP: Before reading Cast Of Shadows I had read some of your very humorous pieces in McSweeney’s and in a book of essays titled 1001 Damnations. Quite a contrast to your books, which makes me wonder if you have any screwball comedy screenplays incubating in your office?

KG: I have written a screenplay, actually, which might go into production as soon as next year. It's more a dark comedy than a screwball one. It's about Chicago record collectors in the late 1980s and it's sort of The Treasure of the Sierra Madre meets High Fidelity meets Reservoir Dogs.

AG: If it weren't for your sister, would you be living in a homeless shelter or in the street?

KG: I've always seen myself as more of an "under the bridge" kind of guy.

MP: When you think of your books being made into films, do you have specific actors in mind that you feel would personify the characters as you see them?

KG: That's always a difficult question for me. The reader spends a few days or weeks with the characters, but the writer spends years with them. It's hard to just imagine some actor becoming them. Film is a very different art from literature. I'm not sure what role the author should play in shaping the film (unless he's adapting it himself). Tony Phelan and Joan Rater, two writers/producers from Grey's Anatomy, are working on the Cast of Shadows screenplay. I told them I was around if they have any questions, but I'm more interested in seeing their interpretation of the novel than I am in influencing it.

KG: I paid her back in wit.

MP: How did it feel to have Michiko Kakutani of the New York Times give such a powerful review praising The Thousand?

KG: Ms. Kakutani has been very good to me. She had many kind things to say about Cast of Shadows, as well. Obviously not everyone is going to perceive your book in exactly the same way that you see it, but it's gratifying when someone does, and when that person is the lead book reviewer at the New York Times, you consider yourself especially lucky. It cushions the blow, I suppose, when the next guy doesn't like it as much.

MP: Thank you for taking time to talk with us. We wish you much continued success and hope you’ll visit again.

This was fascinating--and hysterical!

Plus, I had no idea that Pythagoras had nothing to do with the Pythagorean Theorem.

What an excellent and insightful interview. Thank you for bringing this to the Salon, Madame Perry. And Kevin, I know what you mean about characters living in the author's head for years. The characters in my novel "The Soul Bearers" have been with me since 1997!

I hope the screenwriters do a wonderful adaptation of your book. I imagine you feel like you've handed over your baby to another person who is now going to "bring it up" for you :-)

I'm still waiting for Robert Redford to buy the film option for my book (that is, if he gets around to reading it. LOL).

All the best!
Sylvia Massara
Novelist and host of The Lit Chick Show

New Follower...thanks for stopping by my blog and commenting on my Saturday Snapshot.

I hope you get to visit Hoboken.

Enjoyed the interview! I don't think of my characters in terms of actors, but others do. My publisher wants Kevin Spacey for the male lead of Blood Clay, and I think he's right.

Stop over at my blog and check my latest giveaway of the book "Dove Creek" giveaway ends July 8th.
http://mikedraperinguilford.blogspot.com

Fascinating interview - I must investigate his work.

I got a kick out of the humor in this interview. I was also interested to hear about the whole learning more about Pythagoras. All I know him for is his theorem as well.

Graham Sclater talks about his eighth novel "I Will Survive" 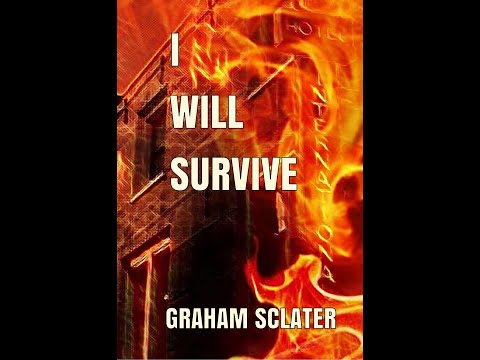 Jennifer Perry
It's in the blogs. Each one shares a different side of me with you.

Did you enjoy your visit? Please buy us a cup of tea.

madameperry
Fiverr
Seller
I produce and host Madame Perry's Salon, a popular entertainment podcast. I am a seasoned professional publicist and PR strategist specializing in authors and musicians. My webinar "Promote This! DIY Publicity for Authors and Musicians' teaches you how to do your own promotion like a pro!

A Charming Group of Interesting People.